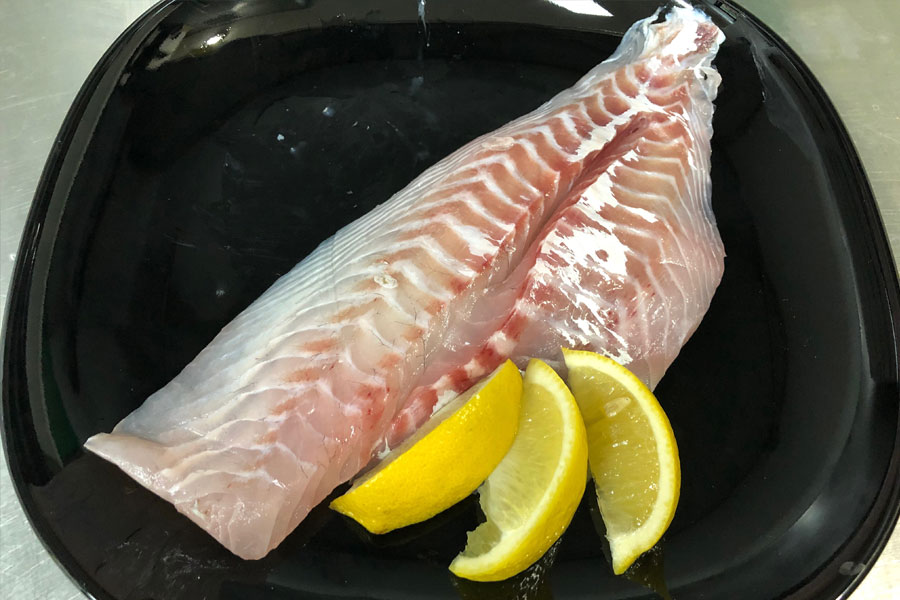 Goldband Snapper are deep water fish inhabiting tropical and sub-tropical waters. They are schooling fish and live in areas of hard, rocky and uneven sea floor and steep drop-offs. They prefer deeper waters and can be found in depths of 40-250m. They can grow to 90 cm and weigh in excess of 8 kg and may live upto 30 years. They are caught mostly off northern WA, NT & QLD by demersal long lines, traps and trawling.

Goldband Snapper are generalised, opportunistic carnivores.  They feed both on the sea floor and in the water column.  They feed on fish, crustaceans (including prawns and crabs) and squid as well as pelagic items such as gastropod molluscs.

In great demand the greatest catches are made during early winter (April-June).

Goldband is an excellent table fish, with firm moist flesh and a pleasant mild flavour.