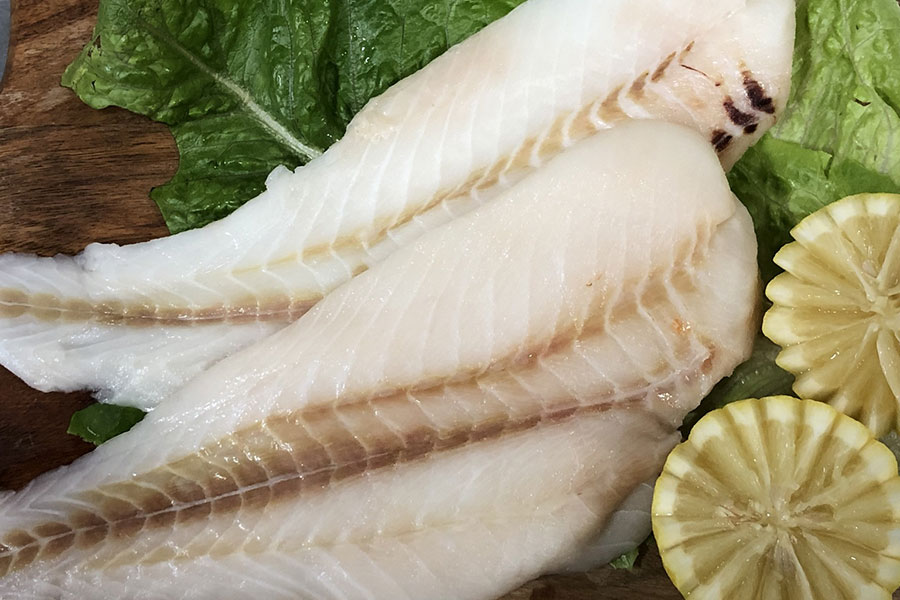 The Orange Roughy is a predatory species that lives on deep seamounts (undersea mountains) in most ocean basins around the world. This species, also known as the Atlantic Roughy, is one of the longest living marine fish species, with individuals living for more than 100 years.

Orange Roughy is Wild Caught in Australian and is also Imported from New Zealand.

Orange Roughy has a mild, delicate flavour and moist, large-flaked meat that holds together well after cooking. Raw orange roughy flesh is pearly white, and it cooks up to an opaque white. The skin side of the fillets often sports a faint, orange-brown band of color. With roughy, the darker the meat, the lower the quality.

Orange roughy is a long-lived, deep-sea species. Individuals live for well over 100 years, which is one of the longest lives of any fish known. They live around seamounts (underwater mountains) at depths of down to 1800m. Orange roughy also tend to aggregate together, which has made them particularly easy for fisheries to target in previous years.

The first fisheries for orange roughy began operating in the 1980s and 90s and landed huge quantities of fish. However, catches rapidly declined from as high as 40,000 tonnes per year to 10s of tonnes within a period of two decades. As a particularly long-lived species that reproduces late (around 20-35 years of age) high fishing pressure reduced populations to a point where the species could not reproduce quickly enough to replace their numbers removed by fishing.

There are four stocks of orange roughy that are caught in commercial fisheries in Australia.The majority of catch is from the eastern zone, which was re-opened in 2015 following evidence of marginal re-building, although there are concerns over the targeted fishing of a stock that remains at a quarter (26%) of historical abundances. Management measures (such as 100% independent observer coverage) have been put in place in an effort to support rebuilding of the population from its current depleted state. It is unclear whether the stock is rebuilding, and questionable whether targeted fishing is appropriate in this region where a more precautionary approach to rebuilding of an overfished species should be in place. Orange roughy are caught as bycatch in other areas, where their status is overfished.

The NZ orange roughy fishery has been certified as sustainable by the Marine Stewardship Council, although this certification was contested internationally.